The World War Z Wiki is home for all the encyclopedic knowledge and resources on the zombie apocalyptic world and franchise created by Max Brooks. World War Z was written as a novel in 2006 as a follow-up to his first book The Zombie Survival Guide back in 2003. In 2013, a film adaptation based on the World War Z novel was released. In April of 2019, a video game adaptation of World War Z primarily set within the film's universe with elements drawn from the novel was released for PlayStation 4, Xbox One, and PC via Microsoft Windows and Epic Games Store. 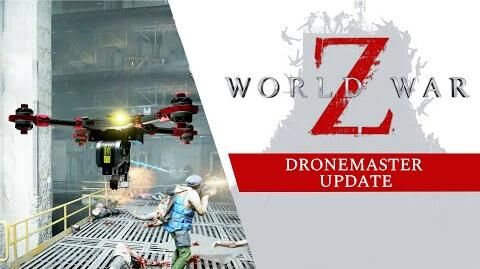 If you see this, your JavaScript might be disabled or DiscordIntegrator plugin isn't working. If the latter, please contact a wiki administrator.

Retrieved from "https://worldwarz.fandom.com/wiki/World_War_Z_Wiki?oldid=3293"
Community content is available under CC-BY-SA unless otherwise noted.