The Virus Sample is an optional objective item in World War Z.

Virus Samples are specially-designed containers with a large glass canister for securely housing a highly hazardous, bright green infectious agent. As its name would suggest, the contents of Virus Sample canisters are fairly dangerous, to say the least. However, the risk of carrying one of these vials all the way to the end of a chapter does not come without a reward.

These strange containers appear in specific spots throughout each chapter in every Co-op Campaign episode.

If a Virus Sample is found, approach it and a button prompt should appear for you to pick it up. It will then be attached to the survivor's backpack for the rest of the chapter. With a sample secured, you are now tasked with carrying it all the way up to the chapter's completion. In all chapters, a maximum of three samples can be collected. A total of two Virus Samples can be found normally during a single playthrough of a chapter.

Remember that once you have collected a sample, you cannot ditch it or transfer ownership to someone else. You are solely responsible for the decision you made and the consequences that may follow afterward.

Virus Samples that lay on the ground uncollected cannot be damaged by anything. The moment you begin carrying one means taking damage will eventually put you at risk of infection. Given that the container houses a sample of the zombie virus that turns humans into zekes, letting the container crack and leaking some of the contents on you is one of the last things you would want happening. Physical damage such as gunshots, explosions, and swipe attacks from zombies can damage the container. Attacks such as fire or gas from the Gasbag cannot damage the container. An attack that damages the sample will cause it to momentarily flash and make a glass cracking sound.

What is especially dangerous is that you can become infected just before or while you are incapacitated. Getting pinned by a Lurker, a Bull, or enough zekes can easily cause the container to break and infect you just before you get incapacitated. Damage from bullets and explosions from teammates can cause the Virus Sample to break and infect you while you are still on the ground waiting for help. Without immediate assistance, death by infection is practically inevitable.

The container will gradually show signs of damage as the survivor carrying it takes damage from applicable sources. There are two degrades to the Virus Sample where the sample's glass will appear cracked and begin fuming. It is possible to be infected upon reaching the first degrade depending on how frequently you get hit in a short amount of time after collecting the sample. This is more common to occur after getting pinned by a Lurker or Bull. After reaching the second degrade, the player carrying the sample is now at a very high risk of getting infected. A few hits at this point will easily infect you. Similarly to an Infector's toxic saliva, the player will only have 12 seconds to clean off the sample leak off of themselves. It takes just three seconds to clean off and if players do not disinfect on time, they will die immediately and succumb to zombification. In addition, upon respawning back into the game, you will lose that sample forever. The same will also occur if you died while carrying a Virus Sample but was not infected by it.

Even if you manage to survive the first infection incident, you are now burdened with subsequent infections caused by the Virus Sample to happen far more frequently. Due to the extensive damage the Virus Sample container has suffered, it will take far less damage/fewer hits for it to leak its contents on you again. You will need to be extra careful from now on to prevent another untimely infection. Different difficulties have different Virus Sample breaking points. The higher the difficulty, the less damage required to break the sample and infect you.

After getting infected, there is always a short buffer for when you can get infected by the sample again. This is to prevent a loop where after clearing yourself of infection, you will immediately get infected again from damage suffered while you were cleaning it off and shortly afterward.

Regardless of how much damage a Virus Sample has taken, it will not affect the bonuses you receive at the end. All that matters is that you managed to bring one all the way to the end at all, regardless of the container's conditions or how many times you managed to infect yourself.

The two Virus Samples that spawn naturally can be found in several fixed locations of a chapter. It is good to remember their spawn points.

*Check the List of Virus Sample Locations for details on where to find them on every chapter.

The Bomber is a special zombie with a unique connection with Virus Samples. The Bomber is an enemy with both risk and reward being integral to his design. When disposed of properly, he will drop an additional Virus Sample for anyone to pick up. To do this, carefully shoot the areas away from his bomb-ladden torso, such as his legs, enough times to disable him and defuse him with a melee finisher. As this is the only way to find the a Virus Sample outside of the two that spawn randomly in each chapter, teams that finish a game with all three samples receive even greater rewards. Additionally, if survivors have missed Virus Samples and/or lost them from dying, picking up the one dropped by the Bomber can help make up for potential bonuses.

Bombers can only drop one extra Virus Sample for the entire duration of a chapter. All subsequent Bombers that are defused after the first one will not drop any more samples as loot for the rest of the game, even if the survivor carrying the Bomber's Virus Sample dies. 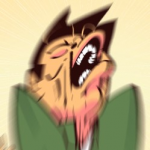 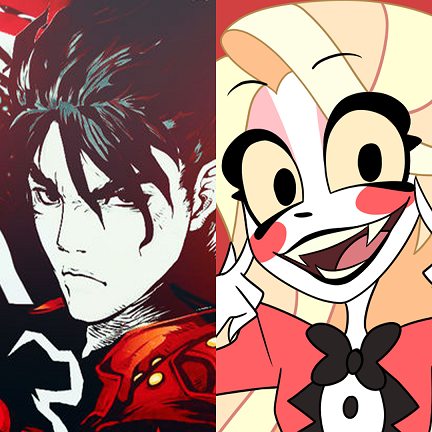